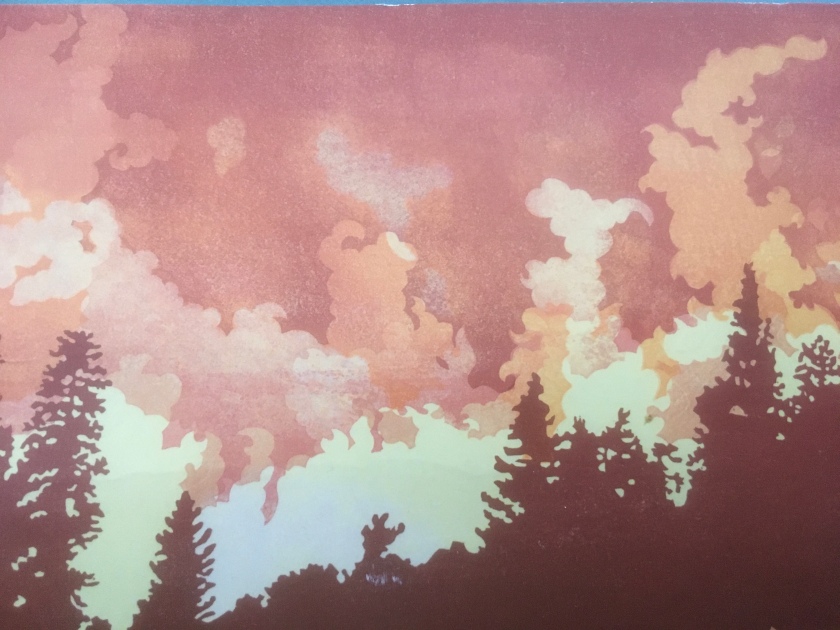 Tell you what, the air aloft is falling.
Here it is, October, November, people
on the mountain speak again about
hydraulic jumps and fires. The power is

already down. Personally, I’m on
the wharf in Santa Cruz, but even so
I’m listening for downslope winds beginning
high before descending in a sinking

train of music aiming overland
and tumbling toward me on the coast. I take
a lung-full in, sampling for smoke
arriving from Sonoma. All of us

are breathing it. If I were to die
and then return to earth as horses, running
with the speed of money, I would fly
the flames behind me flaring into canyons,

sweeping through the prehistoric fuels
and towns to overtake the traffic trapped
on chains of roads as conifers exploded
overhead. Are they beautiful,

these evergreens ringed in elemental
force? Wreathed demonically? A problem
I will leave unsolved. If I chose
a bird, I’d be a phoenix to come out

alive and recognized on thermals rising
over vineyards and incendiary
homes. Really, I’d be chasing safety
same as residents evacuating

underneath the haze and rain of ash
to reach as refugees the temporary
camps popping up, and populating
open spaces. Lanterns sparkle here

and there. Someone lucky saved his ass
when chaos drafted every buoyant
movable alive, and separated
friends and families. Circumstances

fly apart so fast. Fathers on
their dying phones are calling children still
on route. Sisters hold out hopes for detours
full of serious grace, which I’m here

to say are unattainable in country
currently alight, and commonly
reset in violent conflagration. Such
derision drives us all to ground.