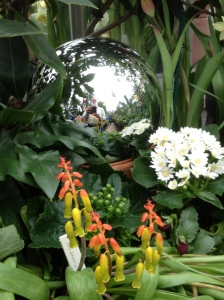 Elam picked among his clarities

out their mutant blooms inside his nervous

were throbbing on their stems in full sun

the pulmonary shrubs, and venous orchids

he must have thought that sanity would bring

him peace of mind, because he never did

prepare for instinct in his enterprise.

Few if any knew about his creatures,

starting with the birds: out of uncountable

panicles of some forgotten bloom,

he cloned a pigeon that would flit erratically

amid the equinoctial fogs on lobed,

primitive wings he fledged in tendrils and leaves.

That was his baptismal try at flight.

Pigeons. Afterwards he rooted his

Cerulean warblers in the combs of grasses

they classified as news, though ecologically

as pink as harlots, as carnivals, and floating

over goldfish. Loons in the long canals 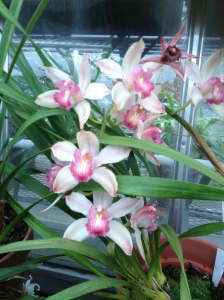 while he stoked the nursery stove, his hunger

spoke for a time, and noted that he hadn’t

seen the end of his manipulations–

and though he later brought his wolves to birth,

and jimmied bears from various and insectivorous 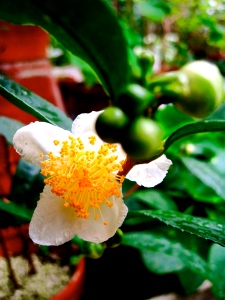 and had the nightly fruit bats depending

from prodigious fuchsia, and suspended his

all of which signaled a crescendo–,

yet what he’d understood of his desire

was meant as fair warning. Let us walk

a little while together, he would say

to Sarah as the wasps would carry on

around the apricots, and serpents were,

the mushrooms. Everything is still dying.